WaterClear PLUS was created to solve the most significant problem facing Planet Earth: access to clean water.

As vineyard owners in Napa, Marcie Hunt and Thomas Dinkel are acutely aware of the weather and its impact on the vines.  After going through 5 years of severe drought conditions in California, the pair started to investigate what could be done from a technological standpoint to increase the fresh water supply in California.  That led to a broader realization about the lack of viable fresh water sources globally.

Co-Founder and CEO Thomas Dinkel, a serial entrepreneur from California active in the Energy Industry for most of his career, did a global search to identify viable solutions to the planet's water issues.  He secured an exclusive Agency Agreement with innovators in the Ocean Desalination space SEADOV PTY out of Australia, and the pair launched WaterClear PLUS to expand upon the SEADOV desalination technology and incorporate WasteWater as a core focus for WaterClear PLUS.

Marcie Hunt is Co-Founder and Chief Marketing Officer for the Company, and the majority shareholder. She has managed the vineyard and wine business since its inception in 2006, and has been active in property management for the past 15+ years.

Tom has worked with both Corporate and Start-up companies throughout his career, but always with a focus on energy efficiency and conservation.  His passions are creation, innovation, and making an impact on the world around him.

Dennis Evans is CFO for the Company.  He and Tom have worked together since the mid-1990's on various projects beginning with a SmartGrid offering called Whisper Communications.  Dennis is a former CEO and took Computer Access Technology Corporation through an IPO in 2002.

WaterClear PLUS is a Women Owned Small Business. 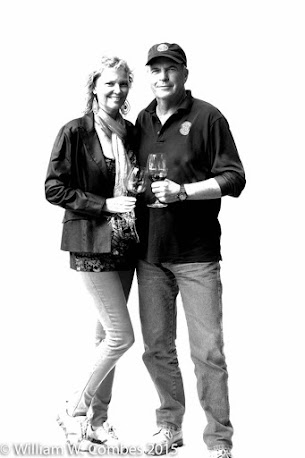